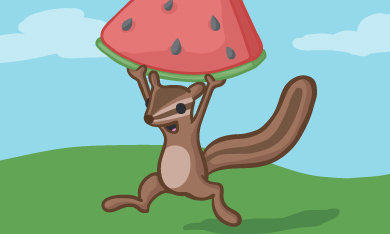 The Woodland Park Zoom course is a novel departure in character from many of our other events. The course has a savanna-like feel, touring the many open and lightly-wooded areas of the park, as well as looping the sports fields and traversing the trails through the more deeply-wooded ravines. The profile varies from flat, to gently-rolling, to short and steep climbs and drops.

Online pre-registration closes Monday, May 6th at 11:59pm. We accept cash, card, or check made payable to Northwest Trail Runs.

The course is a 5k figure-eight loop, which 5k runners will do once and 10k runners will do twice, with a pass by the finish halfway. Woodland Park is mostly a savanna-like mix of grassy areas and widely-spaced trees over rolling hills. There are also steeper, more densely forested areas and a large, flat area of sports fields. The loop visits all of these areas for a great tour of Woodland Park. The footing is pretty good, so the biggest challenge will be the several short hills.

Here is the course map After 8:30pm, it pretty quickly becomes difficult to see, especially under the trees. If you think you may take longer than two hours to finish, we recommend you consider taking a headlamp.

There is a gravel lot near the corner of Whitman Ave N and N 50th St for parking. Here is a link for directions to the venue. The start and finish are just north of the gravel lot. Make sure to stick around after your race for hot dogs, veggie dogs, watermelon, and other yummy snacks! We will do awards for the top 3 male and female in each distance and a raffle for fun prizes (included in entry fee).