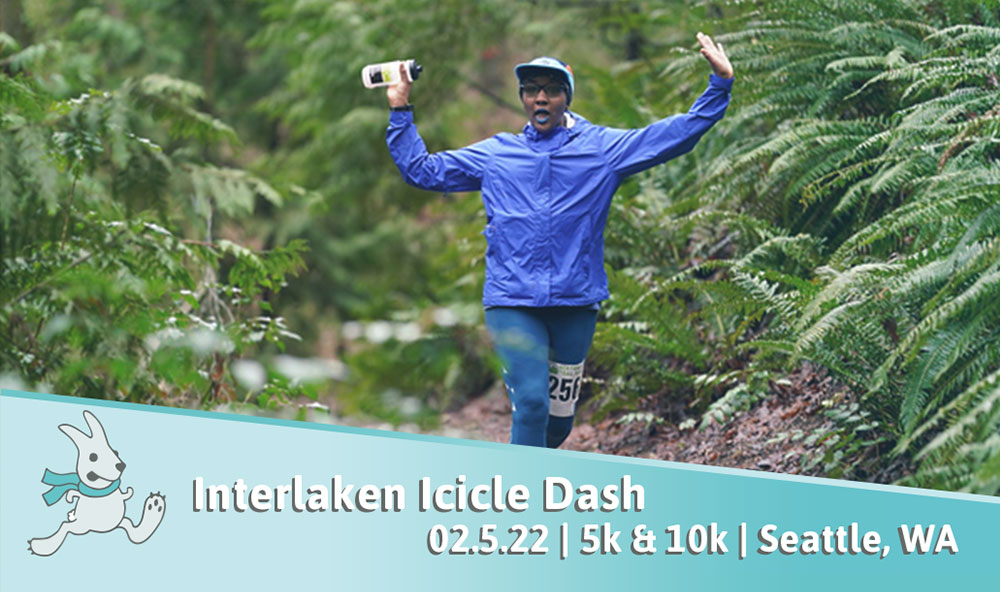 Add this event to your calendar: Google | iCal download

Join us for a 5-k or 10-k trail run at Interlaken Icicle Dash, the sixth event in the Winter Trail Series! Day-of-event registration is available by cash, card or check made payable to Northwest Trail Runs.

Part of our duty as event organizers is to plan carefully for safety, and that includes COVID-19 safety.  We appreciate the trust you place in us by coming to our events, and we ask that we be able to trust you to take part in the simple measures we’re employing for COVID-19 safety.  Thank you!

Please read this page for an overview of our general measures.

Here are some specific considerations for this event:

Thank you again for helping us make this a safe and fun event! Runners in elementary, middle, or high school are eligible to receive a $10 discount on online pre-registration prices for all Northwest Trail Runs events. The discount will be auto generated based on your birthday.

Young runners registering at the event may receive $5 off day-of-event registration (if available).

* The schedule is subject to change, per the COVID-19 measures in place on the date of the run.

** Those who are not comfortable participating in the mass start have the option of starting individually shortly after the mass start (up to a maximum of 10 minutes).  Runners who start separately will have their results listed separately, will not be eligible for placement in the field with the mass started runners, and will be awarded the minimum 30 series points for finishing.

The Northwest Trail Runs apparel merchandise for 2022 is here!

You can add Northwest Trail Runs apparel to your race registration and pick them up at the event, or order them here and have them shipped.