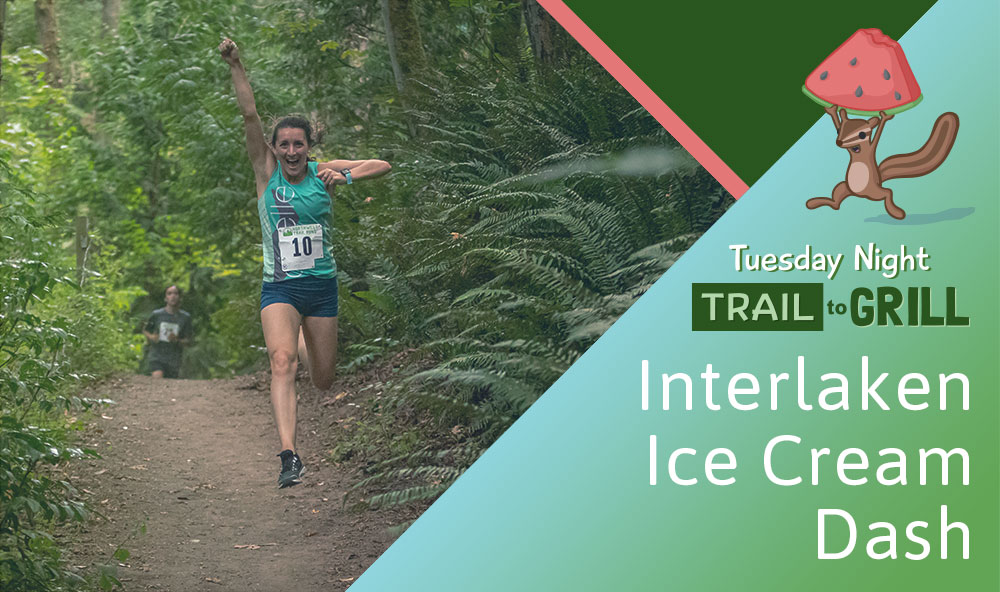 At Interlaken Ice Cream Dash the race begins with a smooth out-and-back on the historic road, then turns quickly upward and onto the forest trails. There are a few steep pitches that will tax your quads, and a sustained climb before you turn around to sail back down through the trees. Those who fancy themselves strong downhill runners may catch the climbers on the descent! Then catch your breath on the silky smooth pavement, because each lap is 2.5k and 5k runners run it twice, while 10k runners run it four times. The climb will leave you puffing, the descent will be thrilling, and when it’s all over, you’ll have one serious endorphin high. Come discover the refreshing power of this green enclave! Thanks to Oiselle for sponsoring the Tuesday Night Trail to Grill Series. …and of course, ICE CREAM!